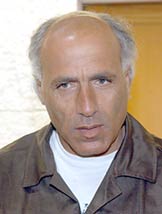 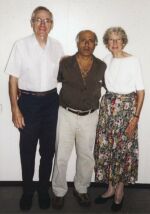 After Mordechai Vanunu was allowed out of solitary confinement for the first time in more than 11 years, Amnesty International calls for the Israeli authorities to go one step further and release him as redress for the persistent and past human rights violations to which he has been subjected.

"To allow out of solitary confinement someone who should never have been in such appalling, dehumanising conditions is only a first step," Amnesty International said today. "Mordechai Vanunu should now be released."

Mordechai Vanunu's fundamental human rights have been consistently violated ever since he disclosed classified information to the Sunday Times newspaper in London, saying that, despite denials, Israel was running a major secret nuclear weapons program. His abduction from Rome in September 1986 by agents of the Israeli Government constituted arbitrary arrest and detention. He was then held in secret, unacknowledged detention until November 1986. His trial was also secret and he has been prevented from speaking -- sometimes by being physically gagged -- at every court appearance since then.

For the first time on Thursday Mordechai Vanunu was allowed out of isolation in Ashkelon Prison to mingle with other Israeli prisoners.

Amnesty International delegates and members have consistently been told by Israeli officials that Mordechai Vanunu cannot be freed or allowed to mix with others because disclosure of his 12-year-old information posed a threat to Israel's security.

"Now that the Israeli authorities have, by their actions, buried this lie, we call on them once again to end this sorry history once and for all and release Mordechai Vanunu," Amnesty International said.

ISRAEL AND THE OCCUPIED TERRITORIES: AFTER 10 YEARS' IN SOLITARY CONFINEMENT MORDECHAI VANUNU MUST BE RELEASED IMMEDIATELY

Amnesty International is again calling for the immediate release of Mordechai Vanunu as the 10th anniversary of his arrest and solitary confinement approaches.

Mordechai Vanunu has been held alone in a cell for 10 years which is cruel, inhuman and degrading. He is suffering mental health problems and he still does not know when he will be released, Amnesty International said today.

Any military secrets he may know would be 10 years out of date. Other secrets that the Israeli authorities appear not to want him to reveal relate to his kidnapping. He has suffered enough abuse and should be immediately released.

Mordechai Vanunu was abducted by agents of the Israeli Government, in Italy on 30 September 1986, and secretly taken to Israel. He had provided classified information about the Atomic Research Reactor at Dimona where he had worked from 1977 to 1985 to the British newspaper The Sunday Times. The information was published on 5 October 1986 and indicated that Israel was running a major nuclear military program.

Once he had been taken to Israel Mordechai Vanunu was held in secret detention -- the Israeli authorities did not admit holding him until 9 November 1986. He was tried and convicted on charges of treason and aggravated espionage. He was sentenced to 18 years' imprisonment. His trial and appeal before the Supreme Court were held in camera. Since then, appeals to the Supreme Court have also been shrouded with secrecy.

Mordechai Vanunu has been imprisoned in solitary confinement in Ashkelon Prison for 10 years. He has a further eight years' imprisonment to serve. In meetings with Amnesty International delegates in February 1996, Israeli Government officials, including the then Minister of Justice, stated that Mordechai Vanunu could not be released now because they fear he may yet reveal secrets.

I am the clerk, the technician, the mechanic, the driver.
They said, Do this, do that, don't look left or right,
don't read the text. Don't look at the whole machine.
You are only responsible for this one bolt. For this one rubber-stamp.
This is your only concern. Don't bother with what is above you.
Don't try to think for us. Go on, drive. Keep going. On, on.
So they thought, the big ones, the smart ones, the futurologists.
There is nothing to fear. Not to worry. Everything's ticking just fine.
Our little clerk is a diligent worker. He's a simple mechanic.
He's a little man.
Little men's ears don't hear, their eyes don't see.
We have heads, they don't.
Answer them, said he to himself, said the little man,
the man with a head of his own.
Who is in charge? Who knows where this train is going?
Where is their head? I too have a head.
Why do I see the whole engine. Why do I see the precipice -
is there a driver on this train?
The clerk driver technician mechanic looked up.
He stepped back and saw - what a monster.
Can't believe it. Rubbed his eyes and - yes, it's there all right.
I'm all right. I do see the monster. I'm part of the system.
I signed this form. Only now I am reading the rest of it.
This bolt is part of a bomb. This bolt is me.
How did I fail to see, and how do the others go on fitting bolts.
Who else knows? Who has seen? Who has heard? -
the emperor really is naked.
I see him. Why me? It's not for me. It's too big.
Rise and cry out. Rise and tell the people. You can.
I, the bolt, the technician, mechanic? -
Yes, you.
You are the secret agent of the people. You are the eyes of the nation.
Agent-spy, tell us what you've seen. Tell us what the insiders,
the clever ones, have hidden from us.
Without you, there is only the precipice. Only catastrophe.
I have no choice. I'm a little man, a citizen, one of the people,
but I'll do what I have to. I've heard the voice of my conscience
and there's nowhere to hide.
The world is small, small for Big Brother.
I'm on your mission. I'm doing my duty. Take it from me.
Come and see for yourselves. Lighten my burden. Stop the train.
Get off the train. the next stop - nuclear disaster. The next book,
the next machine. No. There is no such thing.